King Of The World, by Randall Coleman

The year is 2022, the world is nearing the point of no return. But many years before, a group of five visionaries saw it all coming and made a plan, a big plan. With a nuclear armed facility on the moon, they presented the governments and the people of earth with their, last, best hope to save the planet; to elect a modern day King of the World. A King with all the resources to end the political and military madness that had invaded the privacy and personal lives of every person on the planet. But there was a catch; the people had to vote for a King; it would not and could not be forced upon them. And virtually every government and military in the world will do everything they can to stop the vote or kill the candidate. READ SAMPLE CHAPTERS!

"I must say I loved this book! ...It was impossible for me to put down."
Kaleb @ Goodreads

"I can't stop thinking about this book... ...I love it! I will read it again, that is for sure."
Connie A @ Goodreads

"The novel is fascinating to read... I am glad I had the chance to read it."
SM @ Amazon 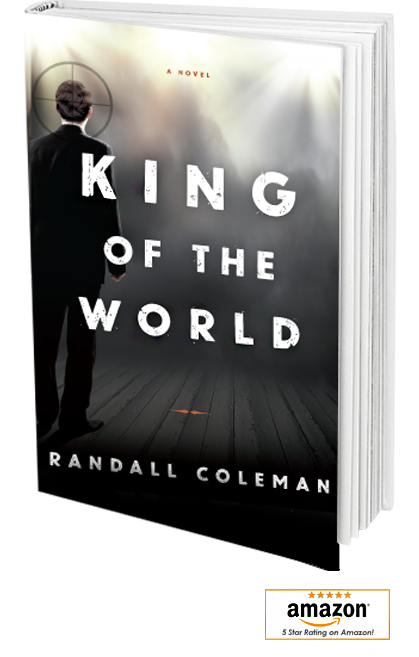 Creativity has always been Randall Coleman's hallmark. Growing up in Michigan, exploring the shores of Lake Michigan and Muskegon Lake, the Tom Sawyer-like childhood triggered his wonder of life at an early age. He began to draw and paint before he could write his name. He was a natural leader in high school and in college, where he was elected student government president. But instead of pursuing a college degree, he opted for a year at a Zen center in Southern California.

He started a professional creative career in the early 70's in Toronto with Rogers Cable TV, now the largest telecommunications company in Canada. Then, what was called cable TV, became his professional creative palette. There, he pioneered local cable TV programs. He created the first music VJ format and cable's first music videos, well before MTV, when he produced the award winning show, "You Can't Do That On Television." Continuing as a creative music video producer and cable TV maverick, he pioneered digital effects in music videos and national Cable TV satellite feeds with stereo sound.

In 2004, he survived the Boxing Day tsunami by kicking out a window and clinging to the roof of his home in Kamala, Phuket, Thailand. 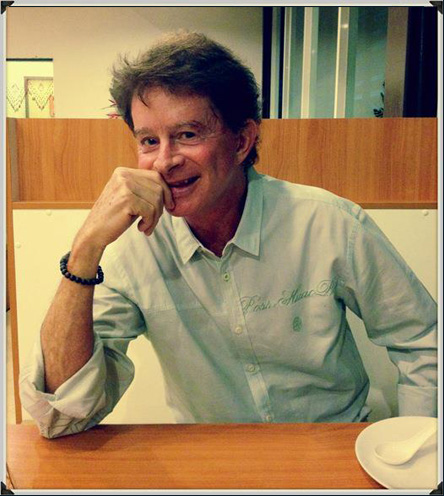